At the Mountains of Madness By H.P Lovecraft 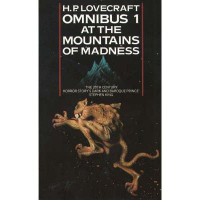 Finally finished this, I really don't know were to Begin!

H.P Lovecraft is known as one of those Gothic Classic Writers, It is all well and dandy But to be honest I wasn't feeling Him. I understand that his writing was from a generation I wasn't from, But The logical Ideas behind his story’s are ones you think on. I found myself thinking of the Mountains of Madness while at Work. It's almost to me like a scene That happened in real life “Dyatlov Pass incident” Been all alone in the antarctic and then been Mysteriousy found dead. But unlike them They Do find out why they all died.

The whole plot was good. but like most classic authors there written word was of a different era I found it quite difficult to get into Would I read H.P lovecraft again Not likey.